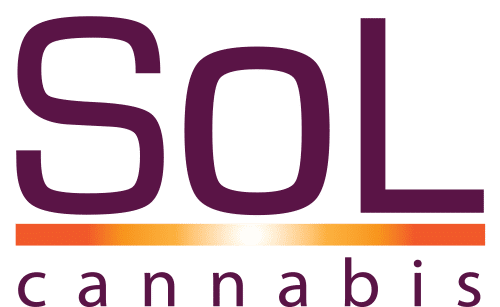 Simple Guide To Cannabis Extracts: All About Kief And Hash

First of all, there’s no shame in showing up and telling one of our budtenders that it’s your first time and you need help deciding.

But if you’re going to go out of your way to participate in the legal marijuana industry, you should have some background knowledge.

There’s a difference between hash and kief, though it’s a small one. But why would someone choose kief or hash over dry flower?

There’s a perfect product for everyone and they all come down to the kind of Cannabis extracts you like.

If you like getting high, you’ll like kief and hash. They’re not for the timid. But there are other extracts that aren’t as psychoactive (you know one, CBD).

Learn more about the differences and which you’d most like below.

Cannabis Extracts: Where Do They Start?

Trichomes are like the building blocks of kief, as you will. You already know that marijuana plants have tiny little crystals (that give them the shine) but they also have hairs.

Those little hairs are trichomes, and the plant uses them for different things. They’re part of their defense mechanisms. If a predator comes too close to the plant, the trichomes let off chemicals (THC) and essentially get the predator high, to confuse it.

They also produce resin, which is another marijuana buzzword. The smell of the resin, in the animal kingdom, attracts pollinators so that they’ll pollinate the flowers and spread the seeds.

In the human world – trichomes are valued for that resin we just talked about. These “external resin pockets” are what kief actually is.

Those little shiny “crystals” you see if you ever look at high-quality bud photography. They’re basically an extra helping of THC and other marijuana-related chemicals.

From Trichomes to Kief

Okay – so how do you get the kief out of those little hairy trichome arms?

The simplest way you’ve probably already done at home is to grind it through a net grinder. Almost all retail dry-flower grinders have a bottom-most compartment that collects the kief.

When you grind your dry flower, it sifts and falls off of the ground-up bud. You should let the kief collect for a while, then you can eventually use it. More on how to use it later.

When it comes to grinding your own kief, the better quality your grinder, the better. You should look for a unit that has more than one screen. Pure kief is white, so if you’re getting a yellow-green mix at the bottom of your grinder, there’s still plant material in there.

It’ll still get you high, but white would be the ultimate goal if you’re being picky.

From Kief to Hashish (or Hash)

Okay, so know you know that kief is the resin from the trichomes or hairs of the plant. Then what’s hash?

Hash is kief, that someone has turned into a wax or liquid for easier consumption.

When it’s combined and pressed together like this, it turns into a yellow-gold sort of color. From this hash, you can make shatter and oils, which people use to do dabs.

There are different ways to process it – but any sort of extract/shatter/wax comes from hash – which is just a bunch of kief combined together.

How do You Use Kief and Hash?

Hash is best used in a wax or oil form since then you can put it in a vape pen or dab rig. Kief, on the other hand, is much more versatile. Since it’s a powder, you can do just about anything with it.

If you want to get a little extra high, take some sort of very small tool and sprinkle some kief over the bud before your roll your joint up.

It doesn’t take much – just a nice covering of the dry bud with kief will make a difference. Your high should be much more intense, but the actual characteristics of that highly depend on the strain.

For a tool, we recommend using something like the edge of a credit card or something metal. If you use paper, some of the kief will end up sticking to it – since it’s sticky resin.

The heat of the hot coffee (no cold brew here) activates the chemicals in the kief. You’ll get the usual boost from the caffeine along with the strength of the kief.

It shouldn’t be too overwhelming, but don’t try it for the first time before something important.

If your compartment is overflowing, you can store your kief in a cool dark place, in a different container.

The purer the form of cannabis extracts you consume, the more intense the high is going to be. For example, pure kief will get you higher than something that still has a lot of plant material mixed in.

Hash, which is concentrated kief, will get you higher than kief itself – since you’re consuming more of it than you could in its pure form.

If you like an intense high, start by collecting your kief and move up from there, as you get used to different levels of intensity.

There’s no right answer – what you like is what you like. Browse our menu to see the offerings we have right now, here.